My Virtual Internship Experience from California

This summer, I had lost all hope and worried that COVID-19 had ruined my chances of finding an internship, that is until I saw a posting on my university’s website to apply to work for a Costa Rican wildlife rescue center–Rescate. I remember pushing myself to email Helen, Director of the Board at Rescate, and within a week, I was able to take on my new role as a virtual marketing/advertising intern for Rescate Wildlife Rescue Center!

By joining this team, it was a commitment to contributing to Rescate’s mission: to protect and restore Costa Rica’s biodiversity through wildlife rescue, release, and rehabilitation. One thing that I quickly learned was that the team cares immensely for their animals and will do anything that they can to ensure their well-being. I saw that in my first few days of meeting the Rescate staff, including Jeanne, Alexa, Anna, and others.

While I thought the hardest part would be communicating and completing my tasks online, it served as a challenge that I was willing and ready to take on. Steffi, who is the Head of Marketing, taught me everything I needed to know about advertising and marketing for Rescate. Although it proved to be difficult at times, it was life-changing being able to contribute to the process of gaining more support for Rescate’s wildlife. Along with Steffi, there was also Helen, anyone could see how dedicated she was teaching us about integral tasks such as creating a prospect list to reach out to potential donors, or how to create a fundraising plan. It was inspiring seeing their work with Rescate and how it has impacted their lives for the better.

I was included in the beginning of Rescate’s GoFundMe debut with my co-intern, Emily. It was comforting to know that even across the globe, we could still share and design creative ideas together. I was intrigued learning about what goes into fundraising and all of the steps in between, and I am proud to have been a part of the progress that the campaign has made so far. One of my most notable accomplishments while working at Rescate was the creation of the 48-hour Rescate cup giveaway that I held with the help of my friends and family. During that weekend alone, I raised almost $300 to donate to the GoFundMe campaign!

I could not have asked to work for such a remarkable and transformative internship such as Rescate, but I am so grateful I was granted the opportunity. I am leaving this place with the utmost respect and admiration for the Rescate team and with a lifetime of applicable skills and opportunities. I never got to physically visit Rescate, but I feel as if I was there the entire time—I encourage anyone reading this to take a chance on Rescate, whether it be through donating or volunteering, you will have the best experience of your life! 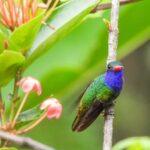